On Friday, 3rd November, 35 of our members, including Committee and alumni, ventured up to the National Shooting Centre at Bisley for a weekend of fullbore shooting organised by our Fullbore Captain, Jason Pepera-Hibbert. Our trip coincided with the BYSA’s “Bonfire Bonanza” weekend, which meant we were introduced to other university rifle clubs and young shooters. Friday night saw us settling into our accommodation at the Inns of Court and Bunhill Lodge, and socialising with the other shooters.

We rose early on Saturday in order to be set up for our first detail on Century Range at 08:30. Once set up at 300yds, the details ran smoothly with Committee taking turns to coach and a rota in place for butt marking until 12.30, when the klaxon sounded for lunchtime. After lunch, we continued to shoot at 300yds until the klaxon sounded again at 16:00. By the end of the day, all of our fullbore novices had had a shoot (or three!) and tried their hand at marking the targets. Despite the rain, an enjoyable day on the range was had by all.

In the evening, we exchanged our waterproofs and woolly hats for something a little smarter and headed to the Inns of Court for dinner and the BYSA’s social.

We had another early start on Sunday morning to ensure we were set up on the firing point by 08:30. Our novice shooters then had the opportunity to develop their skills at 600yds and learn about the alterations made to the sights and foresight elements when shooting at different distances. We were very fortunate to be joined by alumnus and GB U25 shooter Liam Cheek, who assisted us with coaching and shared plenty of useful tips! When the klaxon sounded for lunchtime, we headed inside out of the cold, packed our bags and cleaned up our accommodation, before making our way back out to Century for the afternoon. 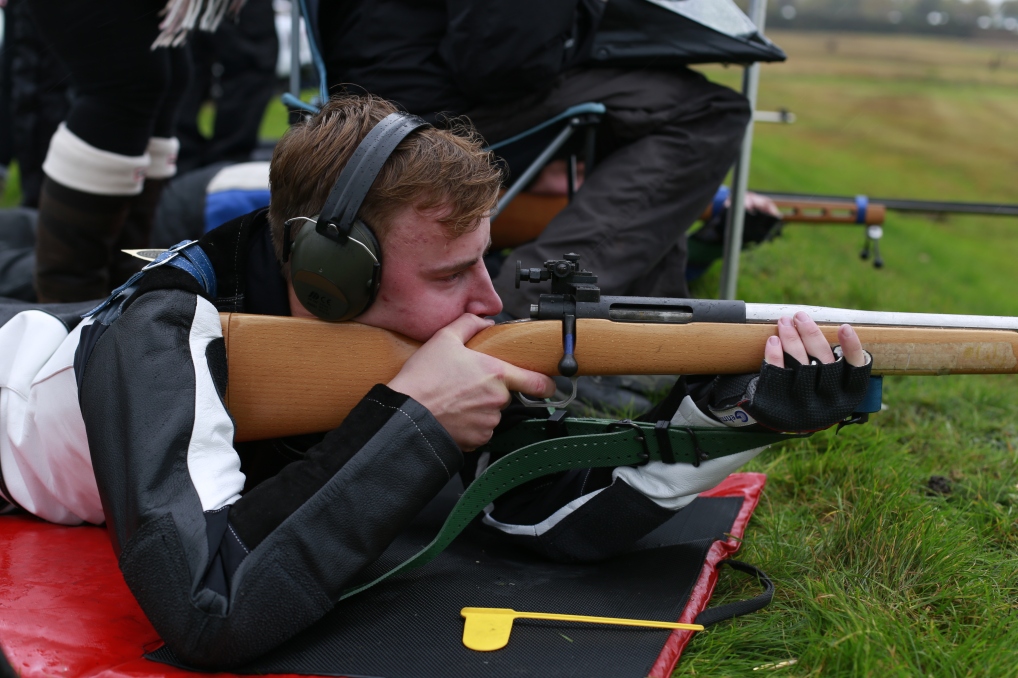 Sunday afternoon, in keeping with tradition, was dedicated to shooting “fun guns” at 300yds. Our Armourer, Dan Studholme, kindly allowed us to use his Lee Enfield no4(T) and was delighted (and trying hard to hide his astonishment) when he managed to score a V-bull with it! A TR with a scope (which was not a favourite with our Treasurer, Joel, who learnt the importance of maintaining distance between the eye and the scope the hard way) and an Accuracy International Arctic Warfare were also provided for us to try. The smallest grouping was by our Assistant Armourer, James Mac-Taggart, with his five shots on the TR falling within half a V-bull.

At the sound of the final klaxon of the weekend, we cleared up the firing point and arranged ourselves for the annual November Bisley group photo. A beautiful sunset over the range was tinged with sadness as we packed up the vans and left Bisley Camp. Joel’s Bisley playlist cheered us up as we drove back to Exeter (via KFC, of course) and started counting down the days until Easter Bisley. 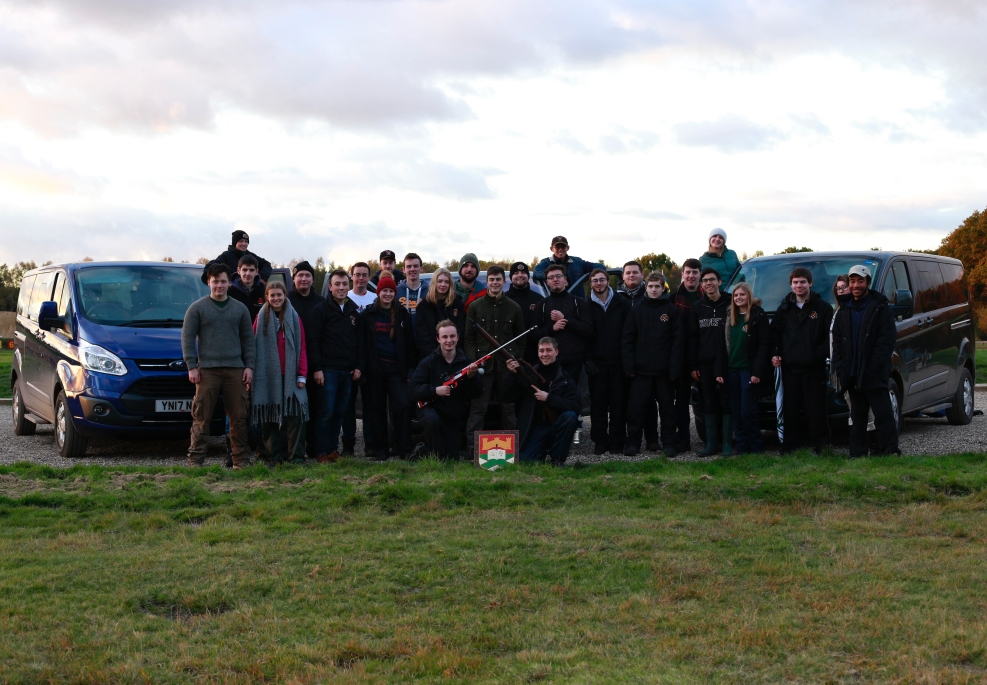 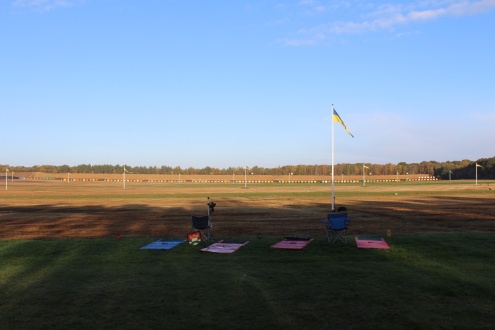 View all posts by uoerifleclub

There was an error retrieving images from Instagram. An attempt will be remade in a few minutes.